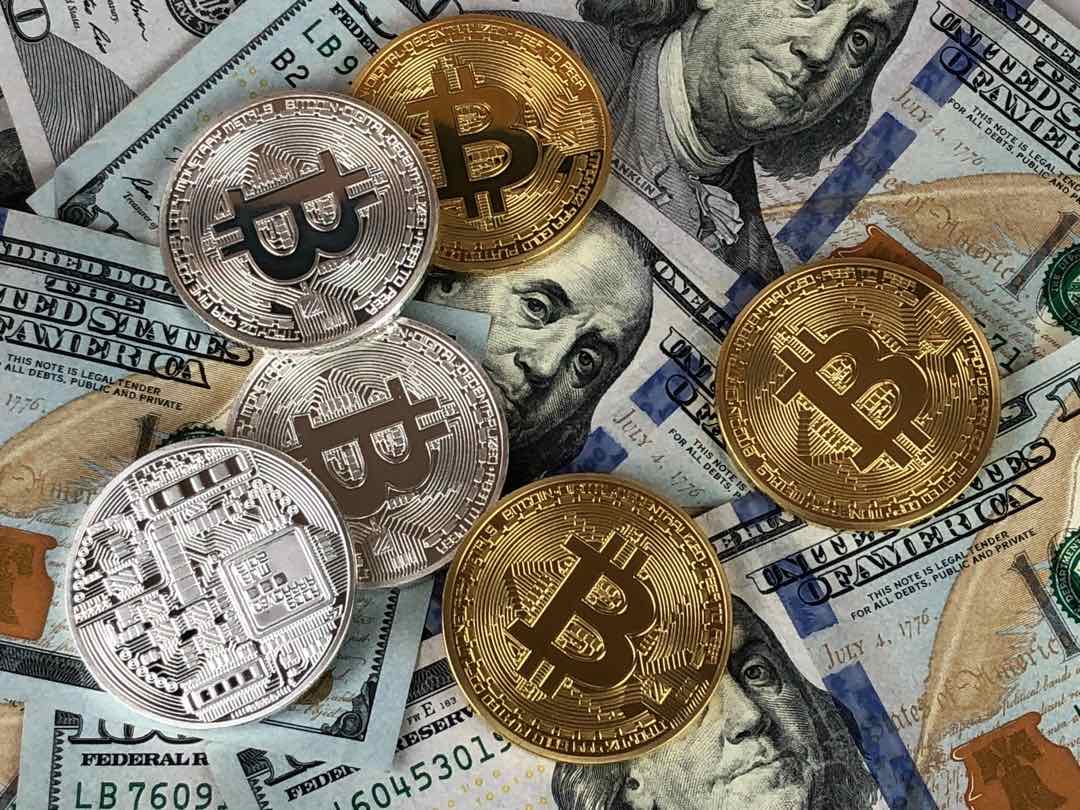 Bitcoin, cryptocurrency, blockchain technology, volatile – that last word is a word that will often give people pause and a reason for why cryptocurrencies haven’t been mass adopted yet.

Bitcoin and altcoin prices are volatile and can go up or down 10%-20% in the drop of a hat. That type of volatility is difficult to stomach if you’re averse to risk.

The good thing is there’s an option for those who want to dip their toes into the future and the cryptocurrency space, but not be exposed to the volatility risk – the stablecoin.

Yes, stablecoins are meant to be stable.

What is a Stablecoin?

A stablecoin is a cryptocurrency built upon blockchain technology, so it has the benefits of decentralization and security. Read my introduction to blockchain technology article for a refresher. But it also has the benefit of stability, because its value is backed by another asset, usually a fiat currency like the US dollar. The backing of another asset allows the stablecoin to store and preserve value.

There are currently as many as 120 different stablecoin projects out there, most of them backed by a fiat currency. Bitcoin, Ethereum and other cryptocurrencies are not backed by other assets, so they’re not considered a stablecoin.

As a comparison, think about what the US dollar is backed by. Gold? Not since 1971. It’s actually backed by the words the “full faith and credit” of the U.S. government. Prior to 1971, you could take your US dollar and exchange it for gold, but that stopped. Now you can exchange it for a computer, a car, a house, etc. But they keep printing new US dollars without something behind it? Yes, it’s almost as if they’re printing money “out of thin air.”

Behind most stablecoins is an asset of equal worth stored in reserves. Almost every stablecoin falls into one of the following categories: Fiat Backed, Crypto Backed or Commodity Backed.

Fiat backed stablecoins have their value pegged to some real-world fiat currency, usually USD. The tokens are released in such an amount that each token represents 1 USD. The assumption is the company issuing the stablecoin has the same USD amount in reserves as the amount of tokens they have released.

The company issuing the stablecoin can hold the USD in some bank account or a vault, while the tokens are just a digital representation of the underlying assets. Some stablecoins are backed using other fiat currencies like the Euro, the Hong Kong dollar, etc.

Fiat backed stablecoins are the easiest to understand. As the price of the underlying asset changes in the market, the value of the stablecoin also follows the same path. If the value of USD goes up against other fiat currencies, so does the stablecoin. These coins are usually easily trusted by consumers and retailers alike, because they’re backed by something that people know.

Cryptocurrency backed stablecoins are more volatile as they’re backed by various cryptocurrencies. The volatility comes when the underlying cryptocurrency’s backing is in question, because they’re not usually backed by other assets.

Due to the volatility in the cryptocurrency markets, these stablecoins are generally not as stable as fiat backed ones, but they do have an added advantage. As they are built with decentralized technologies, they are themselves decentralized without the need of any controlling authority. Meaning that there is no government behind the stablecoin itself.

Commodity backed stablecoins have less of a presence, because commodities are more limited. Commodities could be gold, silver and other precious metals.

Stablecoins are a revolutionary concept which aims to join the best of both worlds – the instant processing of transactions with cryptocurrencies and the volatility-free stability of fiat currencies.

Stablecoins offer very low fees for instant secure transactions, much less than any wire transfer fees that banks charge. Many projects are also incorporating anonymous transactions on their blockchains.

Stablecoins can even be referred to as the “fiat currency” in the crypto space. Most stablecoins are somewhat regulated due to the involvement of a real world asset involved in the backend. This regulation can add to the community’s trust of the stablecoin.

Stablecoins have advantages, but there are also concerns.

The first concern related to stablecoins is that since there are asset reserves, those assets require some form of management by a controlling authority. This means that stablecoins are technically centralized, which partially defeats the purpose of decentralized cryptocurrencies.

Who’s managing the assets? Can they be trusted? Are there audits of the assets that are done, so holders of the stablecoin know that there are assets backing the stablecoin?

But that’s also not exclusive to stablecoins. Those are the same questions you’d ask about your bank. After 2008, do you still trust the people who run your bank? If you’re looking into stablecoins, be sure to do your research on the team behind the stablecoin. There should be audits done periodically of the asset reserves.

Like fiat currencies, stablecoins also aren’t meant to be invested in for big gains in the short term. Unless you’re a fiat currency trader, you wouldn’t hold the US dollar thinking it’s going to make you more US dollars.

The crypto world has seen a shift towards stablecoin development. Not just non-government initiatives, but Central Banks across the world are looking to create their own digital currencies – China, ECB, US, etc.

Some of the biggest and the most recognized stablecoin projects and their estimated market caps (meaning how much they should also theoretically be holding in assets):

Tether was the first of the stablecoins to have emerged in the markets. Currently, it is also the largest in terms of market capitalization and along with that, it is also the most controversial project so far. It has been tangled in many controversies, most of which are related to its underlying asset reserves. There are questions of whether or not they actually have $4.6 Billion in US dollars to back the number of stablecoins. Tether has provided audits, but those audit results have also been questioned.

Be sure to do your own research on stablecoins recommended on research sites like Binance Info.

For comparison, stablecoins are similar to virtual game currencies. In-game currencies are controlled by the game creation company can be thought of as a convenient service provided by the game developers. The game’s virtual, digital currency is purchased by your fiat currency payment, and can be used to purchase accessories and incentives to support the game play on the platform.

Virtual game currencies are branded as they’re tied exclusively to the game’s brand. But what if there was an existing “brand” that created a digital currency that could be used worldwide? That’s what Facebook is trying to do with its Libra cryptocurrency.

Branded stablecoins have the same fundamental benefits of price stability and blockchain technology. The extras that established brands can provide is a built-in user base, who can enjoy loyalty-based incentives and other brand-related opportunities.

The most anticipated brand stepping into the space is Facebook with its branded stablecoin – Libra. Libra is an original stablecoin announced by Facebook to be used within their Facebook ecosystem, eg. Messenger and WhatsApp.

Libra has massive potential. With a large user base of more than 210 million, the impact that Libra can have on digital currencies and online markets is massive. With the number of retailers and consumers already using Whatsapp and the Facebook ecosystem, it is very likely that Libra could be used for daily transactions and can potentially provide a payment ecosystem outside the current banking infrastructure. The main thing holding it back currently is US regulators.

As mentioned earlier, many governments are also looking into creating their own digital currencies.

China can’t wait to release its Central Bank Decentralized Cryptocurrency (CBDC) that would enable their businesses to cut down on the slow and cumbersome payment processes and exchange rates. CBDC could also allow China to become a global trade leader by offering a decentralized currency for import / export trading purposes.

Countries which have experienced massive currency inflation rates over the past years and have sanctions imposed on their trade, are also looking for other means to break the monopoly. Venezuela is an example, but it’s more of a cautionary tale of a government that rushed into it and wasn’t prepared.

Venezuela launched pre-sales on their own digital currency on February 20, 2018 – the Petro (PTR). PTR is supposedly backed by Venezuela’s reserves of oil, gasoline, gold and diamonds. What’s weird is that the day after PTR pre-sales launched, Feb. 21st, Venezuela also announced the Petrol Gold, a gold backed cryptocurrency. Then the Petro’s whitepaper went through many revisions and it wasn’t clear what underlying blockchain technology would be used. There are many opinions out there that the Petro is worthless due to the many red flags that have come from their cryptocurrency. Then there’s also the face that they haven’t released any PTR to anyone. Read more about it on Wikipedia’s Petro page.

Stablecoins are gaining popularity as an alternative to holding fiat currency. More and more exchanges, like Binance, are now offering the more popular stablecoins mentioned above.

If you wanted to purchase something or send money to a friend in another country, you can send a stablecoin for much less than $1 in transactions fees. Compare that to international wire fees of $25+ for fiat transfers. I’ve done it. It’s great and at the time, it was about $0.02 in fees. Yes, 2 cents!

It’s a huge savings and why many banks have come out to declare Bitcoin and cryptocurrencies as scams. Yet, behind the scenes, the same banks are creating their own cryptocurrency. Don’t forget that banks make ridiculous amounts of money from fees.

If you purchase stablecoins, you’ll need a wallet to hold them. Be sure to also read the guide on cryptocurrency wallets to get you started.